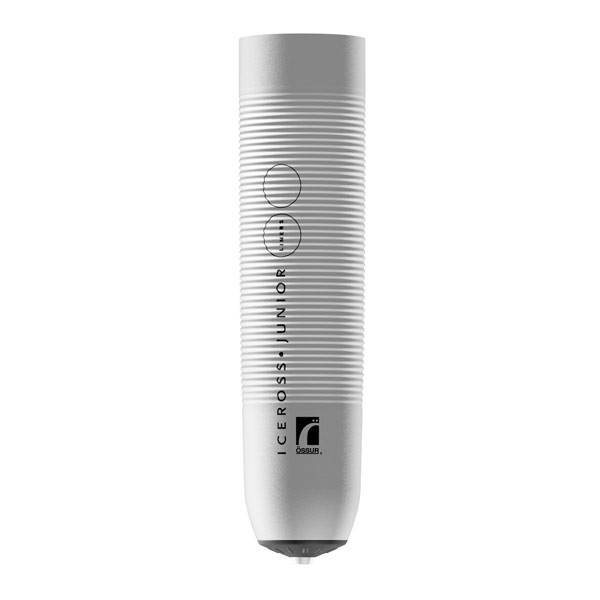 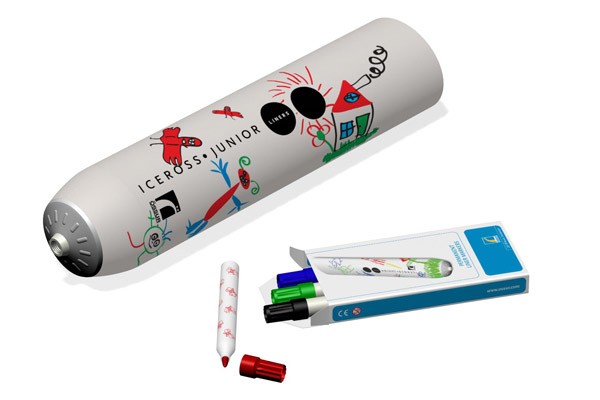 Children can decorate their liners and personalize them. There are 4 different colored permanent markers included with the liner.

Össur recommends that Iceross Dermo Junior Liner is used in conjunction with the Icelock® 700 Series.

The ability to move more freely in Iceross® liners is now a reality, thanks to the Wave feature.
When flexing, sitting or bending the knee, Iceross users can now experience greater freedom of movement as a result of Össur's advanced silicone technology.

The Wave feature makes the liner easier to flex at the knee, allowing it to adapt more to the user's movements. It is designed so that the material stretches effectively at the front and folds in a controlled way behind the knee, making it easier to flex.

Note: Sizes 12 and 14 use M6 thread. Sizes 16 and 18 offer interchangeable distal pin attachment for use with M6 or M8